Having a sticker indicating the usage of AI for some tasks doesn’t mean that the task will be completed successfully: there are many ways to solve a problem. So, if you have a problem to solve with your data, why not use the best set of tools to solve it? That’s the goal of Texter Machine Learning (TML).

Texter Machine Learning (TML) is an aggregator of Machine Learning (ML) engines: instead of relying on a single ML engine, it’s possible to aggregate the results of several engines, to improve overall results.

In order to process a request from a client, TML will contact one or more ML engines and aggregates their results, in order to provide the best results to the client: 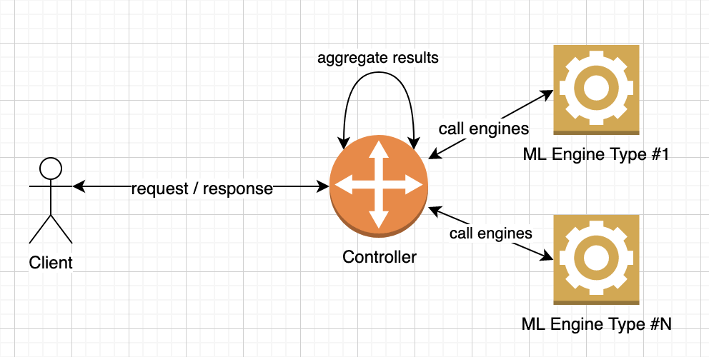 Controller receives the requests and orchestrates on which and how engines should be called: most of the business logic could be implemented in this controller.

Because we have a well-defined API, it’s possible to replace the controller with another one, without stopping the client or changing its code.

There are several examples of controllers already available but it’s possible to create a new controller easily, using a maven archetype project.

We rely on SpringBoot capabilities to provide the ground foundation for a micro-service environment, if necessary.

To interact with ML Engines, TML provides the notion of Adapter: a standard way to communicate with them.

With those adapters, it’s possible to use the engine directly on the Controller or distribute them on a network, using message queues. 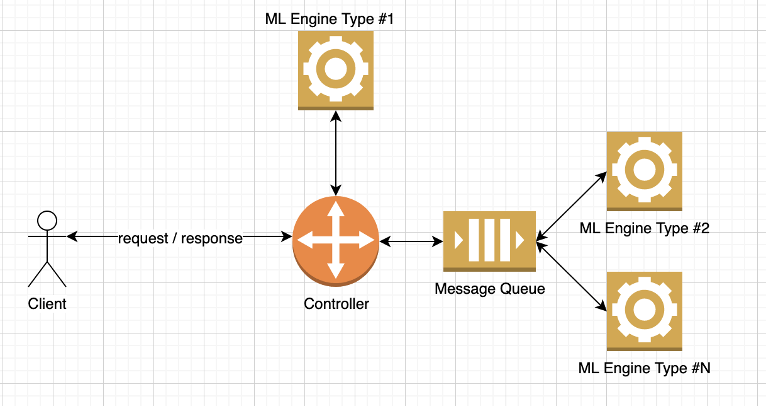 Once again, we’re using SpringBoot in order to provide a micro-service architecture, to scale the engines according to business needs.

Because engines will do the hard work, there’s also the need to configure/train those engines in order to provide the best results over time.

ML Engines – What about other ML Engines?

Because TML has a standard adapter approach, once an adapter is created for a new ML engine, it can be deployed on a network and make it scale, according to business needs.

Also, Texter has access to years of experience of AI modelling, building engines for specific needs, like:

Having experience creating new ML engines and a product that can deploy it at scale, it’s a key factor for success.

TML receives the file to be analyzed and the wanted engine(s) that should be used. If no engine is provided, the default one defined in the Controller is going to be used. To specify more than one engine, just use a comma separated list of engines. 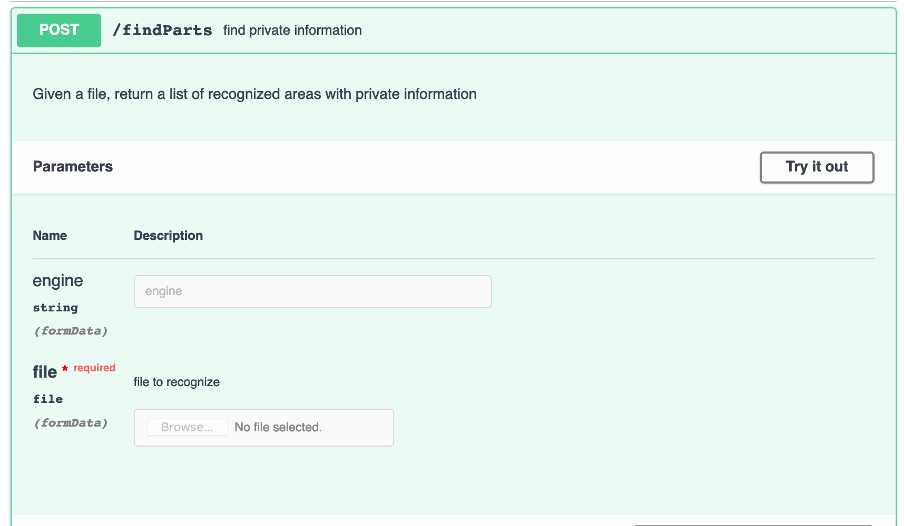 If there’s no error, the output is a JSON document, with information about recognized data and its location.

Let’s see an example of TML’s capabilities. Given the following picture (exactly because of GDPR, we can’t publish PII information without consent. The PII information was pixelated and surrounded by a red box): 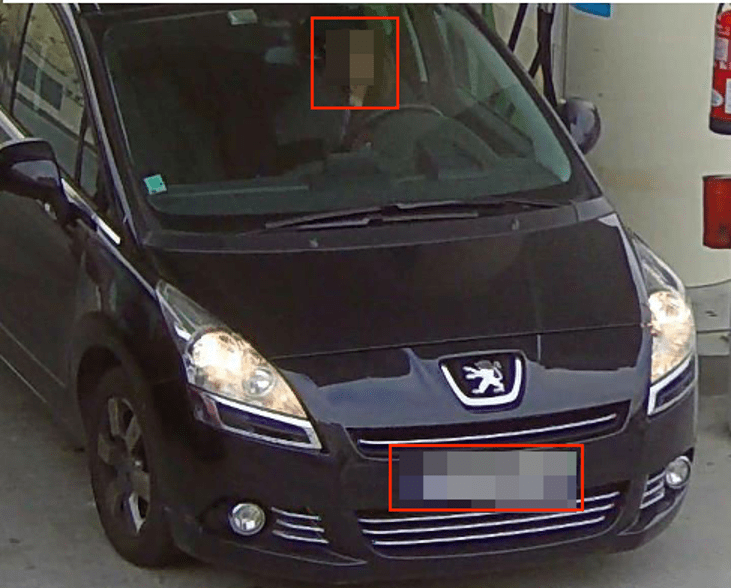 and indicating that we’re interested in licensePlate and WatsonFD ML Engines, TML returns the following result: 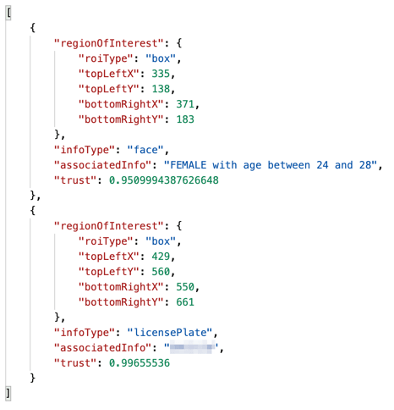 Having such a powerful tool at your disposal, it should be illegal not to integrate with Alfresco, a top-level ECM provider.

Here comes GDPR Watchdog, a component which interacts with TML, providing the ability to reconfigure TML’s controller behaviour at runtime, without the need to restart Alfresco itself.

The main objective of GDPR Watchdog is to provide an independent service within Alfresco to detect and anonymize Personally Identifiable Information (PII), either in pictures, texts or documents.

These actions are a result of GDPR’s Right to Forget: organizations around the world must not only protect personal data but also build mechanisms to forget personal data on request from individuals.

How it works – a bird’s eye view

GDPR Watchdog makes the connection between Alfresco and TML, like the following diagram: 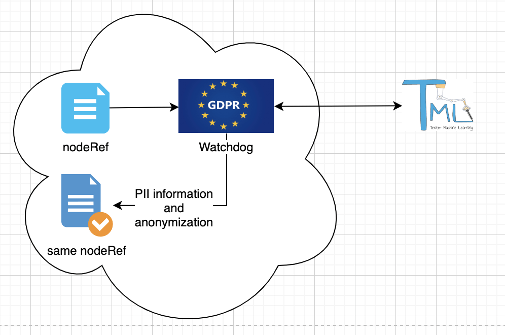 In this example, it’s possible to see the output of GDPR watchdog. Original NodeRef will be modified in order to gain: 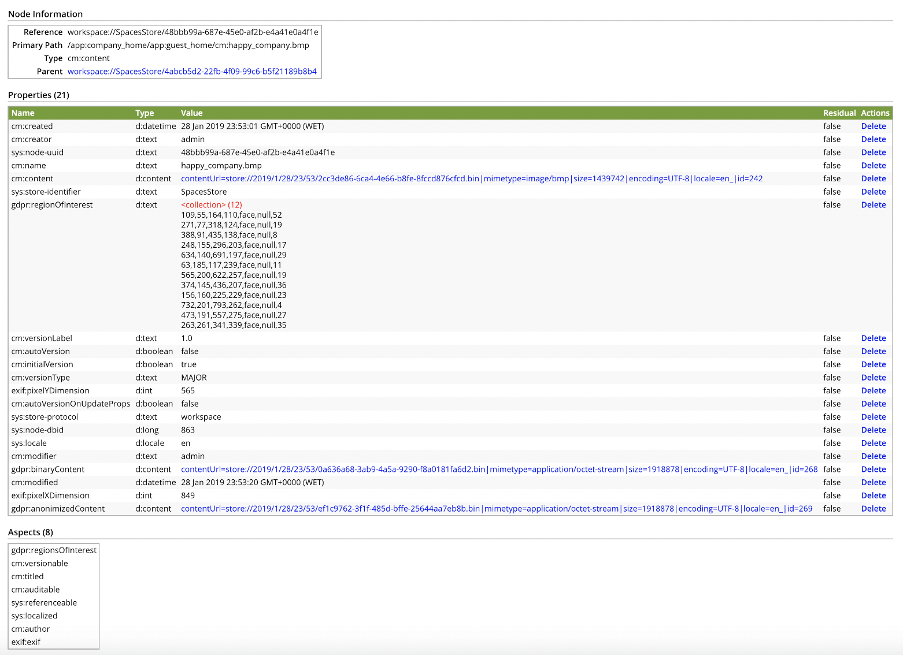 How it works – nuts and bolts view

GDPR Watchdog, as a well-behaved component within Alfresco: 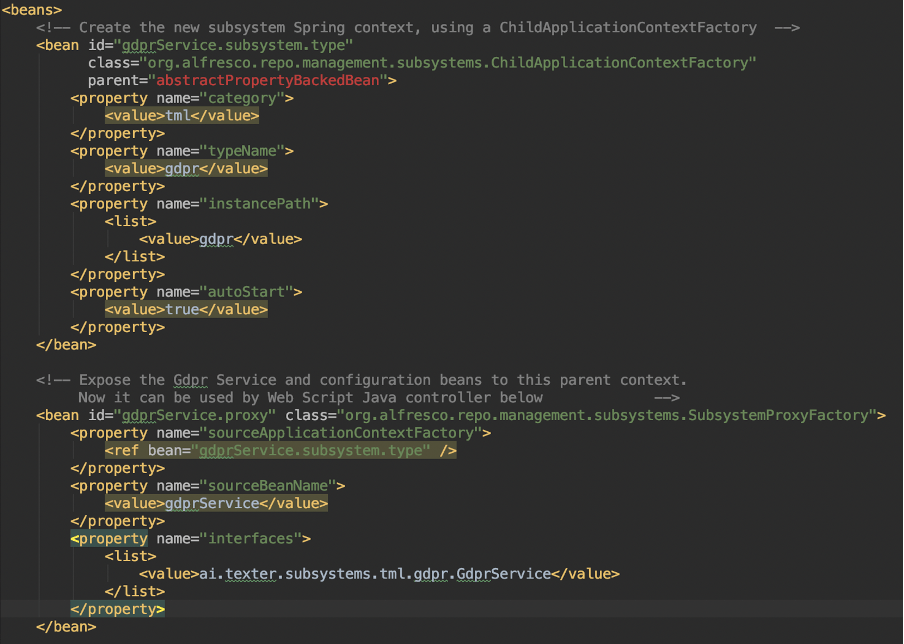 Because the output of the GDPR Watchdog is an updated node, a content-model needs to be defined, with the aspects/properties described in earlier examples. 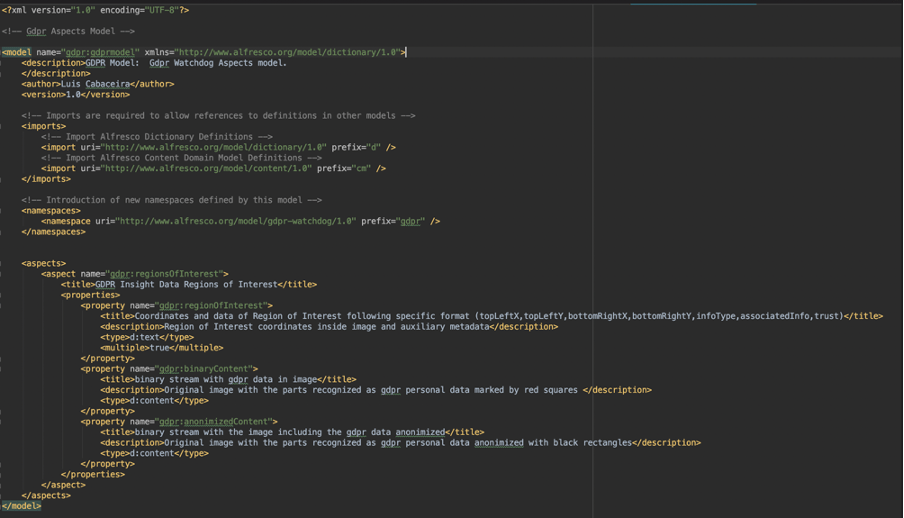 To provide the ability to process just one nodeId, the user can access a webscript:

To detect PII information, identify it and anonymize it, it’s possible to use a webscript (for a single node) or a crawler (for the whole repository), where it’s possible to transverse by mimetype. 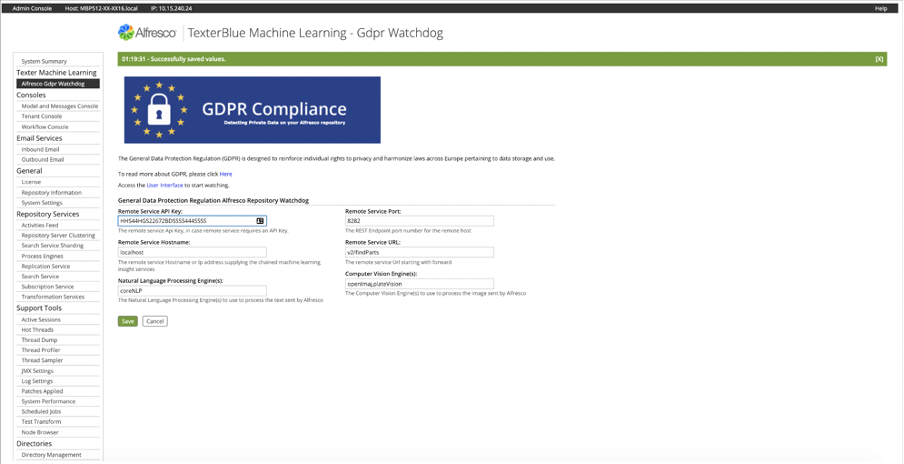 To execute the Watchdog on a single document, it’s possible to call a webscript with the wanted nodeId.

Repository crawler for a specific mime-type

It’s even possible to transverse the repository, filtered by mime-type and execute the watchdog on documents found.

Using the same example from TML, the original node from Alfresco, after being processed by GDPR Watchdog, will get TML’s output on a property, as well two binary contents: one with red boxes indicating where the PII information is and another one with anonymized content.

Texter Blue was born by the merge of 2 companies, bringing together experience building machine learning and computer vision software since 2010. We work within a specialised partners network, allowing us to grow our workforce on demand, and deliver enterprise-grade software while creating a wonderful customer experience.